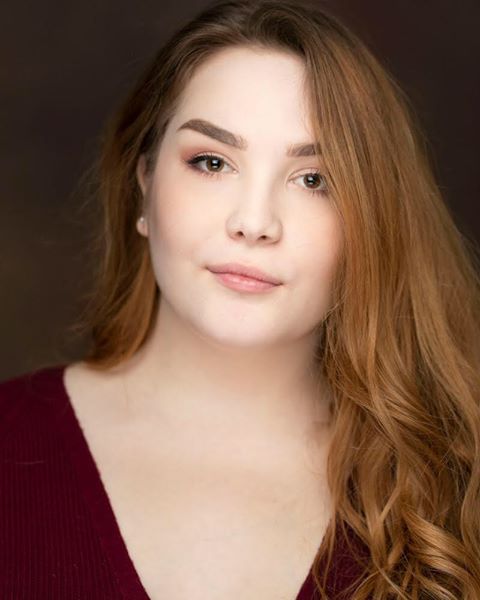 Leila Buske, a musical theater major at Emory and Henry College, who is doing her best to adjust to changes in the program caused by the COVID-19 pandemic.

Many performing arts establishments are making major adjustments to how they operate due to COVID-19. Leila Bruske, a junior at Emory & Henry College, said that the theater department at E&H has been able to keep some semblance of normalcy, but that it has also embraced new changes to the typical theater curriculum.

Bruske is a musical theater major, and she expressed gratitude that she has been able to attend all of her theater classes in person despite some differences.

“It’s different in that it’s more structured,” Bruske said. “Dance classes are definitely a lot different. We have spots marked on the floor…six feet between us.”

The acting classes have taken precautions to ensure student safety during the COVID-19 pandemic, but these have created new challenges for students.

“In acting classes you have to wear a mask, unless you’re monologuing ten feet away, then we would be maskless. We can’t touch each other. Obviously that’s a lot different, so doing Shakespeare is hard, not being able to touch each other, but the material is pretty much the same,” Bruske said.

Bruske also explained that wearing a mask while acting has forced students to become creative in the way they express their emotions while performing.

“A lot of eyebrow work is going into it. Lots of eyebrow raises,” she said. “It’s a lot more instinctual. We’re told to not play at an emotion, but to play the action behind the emotion. Which basically means, don’t play sad, play the reason why you’re sad.”

Despite working on making adjustments, certain parts of acting with a mask have added new stressors for Bruske and her fellow students.

“The subtle nuances that you would get when you’re acting without a mask don’t necessarily come through. And then it’s the headspace of…if he doesn’t see me acting well, then my grade isn’t going to be good,” she said.

One way the theater department is persevering through the pandemic is by doing their productions virtually, which Bruske has been very involved in.

The pandemic has provided theater students with more opportunities to be involved in filmed performances, which was not something Bruske would have seen herself doing otherwise.

“I never intended on doing any film acting. I’ve never been taught how to act for the camera. I didn’t really act for the camera. I kind of just did what I was doing normally and hoped that it translated well, which I think it did,” she said. “Having three cameras on you at once from, like, three different angles is very strange. And then, knowing that the cameras are there, very close to you, and not looking into them is hard.”

While Bruske acknowledged that learning these skills could be beneficial for her future career opportunities, she said that she prefers the stage.

“Please keep me on stage. Good for people that like doing film acting, but it’s not my jam,” she said. “I like the lights, and the being on stage, and the orchestra…it makes me happy.”

Bruske said that the department is hopeful things will return to normal as far as productions for next semester, but it also prepared for the situation to not be normal. For now, everyone is focusing on the current semester.

“I know that they’ve been talking about having a musical next semester … the goal is for it to be as socially distanced as possible, but I don’t think that’s really what people are focusing on right now,” she said.

The work that Bruske and other theater students are focusing on right now can be experienced via the filmed play “America’s Best Idea” on the E&H theater department’s Facebook page.