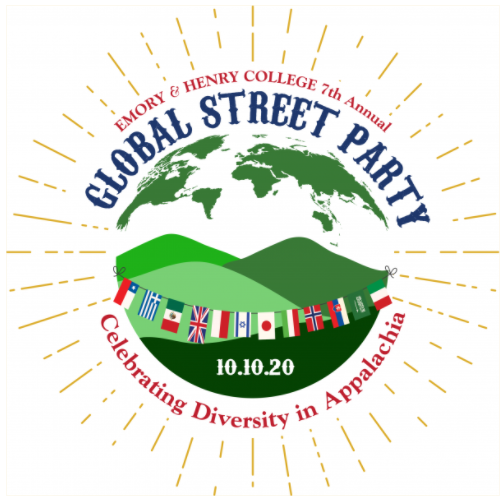 On October 10th, Emory & Henry College will celebrate diversity in the Appalachian region by featuring musical artist Amythyst Kiah at the Seventh Annual Global Street Party. This year’s event will be hosted by the Office of International Education, and will be held virtually on Zoom and Facebook.

Students can expect a showcase of global celebrations with a special focus on exploring cultural and racial diversity. Having the event online this year makes it possible to have more people attend by involving current faculty, students, community members, and alumni participants around the world.

The artist for this event, Amythyst Kiah, is based out of Johnson City, TN. She finds inspiration in older music, alternative rock, country, and the blues. She has performed multiple times at the Bristol Rhythm & Roots Reunion and regularly in the United Kingdom at the Cambridge Folk Festival, Jazz & Blues Festival, and SummerTyne Americana Festival.

Kiah has also been recognized and awarded for her talent. She was named, “One of roots music’s most exciting emerging talents,” by Rolling Stone Magazine and was recently nominated for a Grammy Award.

She also won an international folk music award for her song, “Black Myself.”

“I am honored to stand on the many shoulders of those who came before me,” said Kiah.

Participants can watch the event starting at 5 p.m on the E&H’s facebook page. Students can also register on the college website to receive the Zoom link the day of the event, which will  include more performances and guest speakers highlighting diversity.