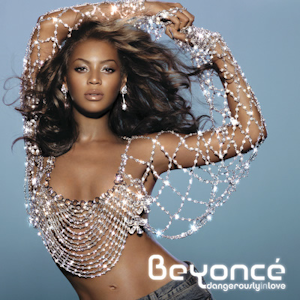 In honor of Beyoncé’s birthday, it’s time to take a look back at her solo debut album “Dangerously in Love.” Beyoncé’s first album was released on June 23, 2003 through Columbia Records and Music World Entertainment.

At age 9 Beyonce formed a singing girl group called Destiny’s Child, which was originally named Girl’s Tyme with a group of friends. According to Google, Destiny’s Child went on to produce 5 studio albums and win various awards. In 2001 when Destiny’s Child was producing their third album, the group they announced they would be releasing solo projects.

According to AllMusic.com, Beyoncé had worked on producing the album in March of 2003 while working on other projects. She starred in such as starring in the movie The Fighting Temptations and collaborateding on songs with other artists. Dangerously in Love includes various songs ranging in style from upbeat tempo to soulful ballads with a hint of arabic elements on at least one song. Although her record company doubted any of her songs would become hits she went on to have four hit singles including: “Crazy in Love”, “Baby Boy”, “Me, Myself, and I”, and “Naugthy Girl”.

TIn its successes, the album was mostly praised by music critics. Entertainment Weekly commented on it saying it “validates Beyonce’s taste in innovation.” Also according to AllMusic.com, some individuals were searching for the hidden meaning behind some of her songs; especially her No. 1 hit “Crazy in Love” which featured her then boyfriend, Jay-Z.

The album went on to have international success in many countries including Australia and the United Kingdom. According to Billboard, the album debuted at No. 1 on the billboard of 200 charts. and earned Beyoncé the highest number of debut sales out of her other group members. According to Britannica, at the 2004 Grammys, Beyoncé won 5 grammys including best contemporary R&B album and best female R&B vocal performance.

There is no doubt that Dangerously in Love not only started Beyoncé’s solo career, but it also set the bar for her future albums as well. But Beyoncé has shown the music/entertainment industry how hard work and dedication for their craft can pay off. Happy Birthday Beyoncé!