Progress or Promotion? DEI Rally Takes On A Performative Tone 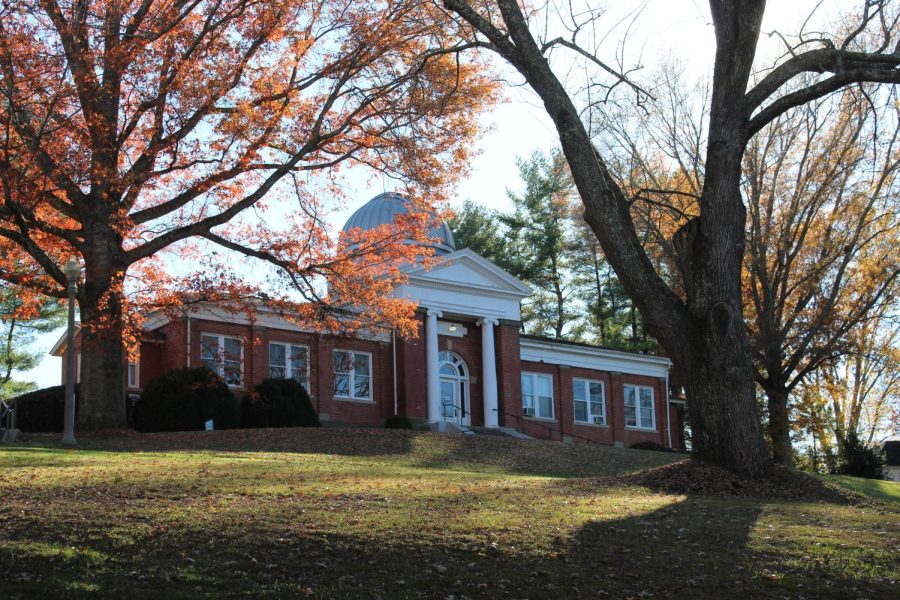 Miller Hall, where the racial slur that engendered the anti-hate rally was found.

After the discovery of a hate crime in Miller Hall, Emory’ & Henry’s Diversity, Equity, and Inclusion Office, along with the Campus Hate/Bias Response Team, held a rally to show support for the community. Some students felt the rally was a performative tool to help the college save face rather than to promote unity.

The rally was an all-day event held March 21, allowing several members of the campus to stop by and show their support. Multiple speakers including Fred George, John Holloway, and Chaplain Sharon Bowers spoke on the situation. President Wells, being among the speakers, said to heal will, “require us to become a community that is always vigilant … and on the lookout for these kinds of cowardly acts.”

Several professional photographers and videographers were stationed at the rally to capture the event. Students reported being blocked and crowded out by the large cameras, thus prioritizing coverage above student involvement.

Elizabeth Reichert Powell attended the rally as part of the DEI team.
“The school is definitely desperate to save face when these kinds of things happen,” she said. “There was definitely an element of performative activism, but it’s hard to figure out how to respond to that kind of thing in an effective way.”

Meetings were spaced throughout the day, with several discussions aimed at voicing student concerns. Freshman Terrel Smith felt the event was too commercial and less focused on the school’s future actions.
“It was a great event and a good thing to do but I was looking for solutions,” Smith said. “Like how the school was planning on making sure something like that doesn’t happen again.”

One such meeting provided additional problems, and left some with mixed feelings, when a white speaker voiced the racial slur found on campus before an audience of students and faculty. Professional organizer Susan Stancill referenced the hate crime during her presentation, sparing no syllables as she said it. This was done in an attempt to “reclaim” the meaning of the word.

As the E&H community debates the effectiveness of the anti-hate rally and its surrounding meetings, eyes are on the college waiting to see what steps are taken to ensure these kinds of crimes do not persist in the future.