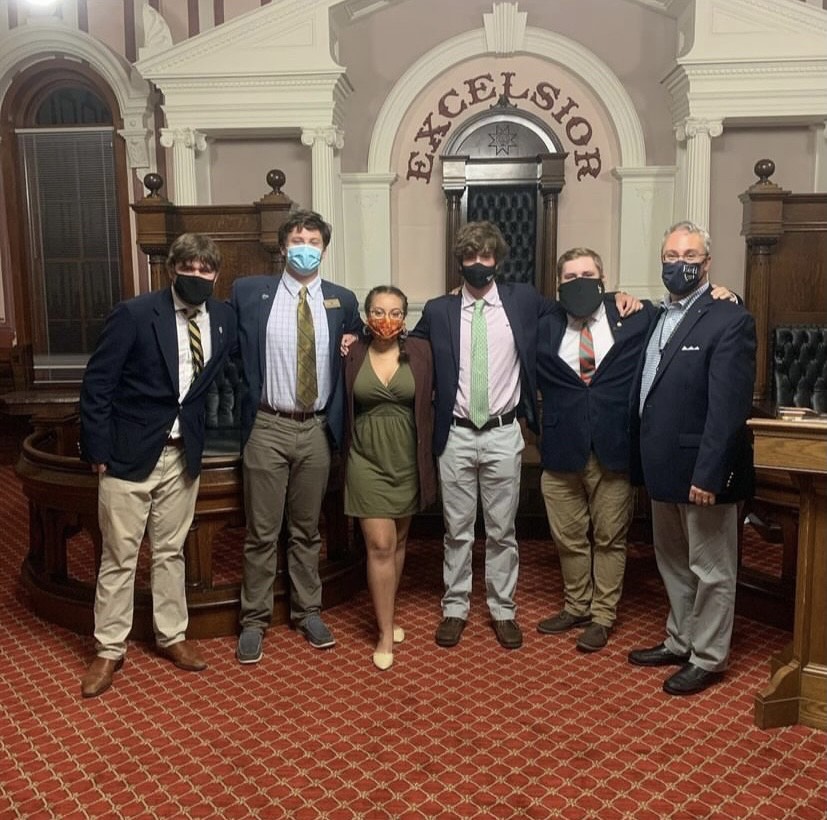 Members of the SGA, Kappa Sigma, and E&H administration pose after the approval of Kappa Sigma as the first national fraternity to join E&H's local Greek Life community.

The debate surrounding Kappa Sigma joining campus has been a conversation for many years and has been presented five times to SGA and Greek Council. Now, Kappa Sigma will be coming onto campus as an organization under SGA.

Some changes will be made to the Greek Council constitution, pertaining to new member education week, dues, and probationary periods, to compromise Kappa Sigma’s ideology with E&H local Greek Life practices.

For now, Kappa Sigma will have ex officio members on the Greek Council, meaning that they will have equal representation but will not be allowed to vote on decisions.

As students react with mixed emotions, this change is engendering many conversations in the E&H Greek Life community.