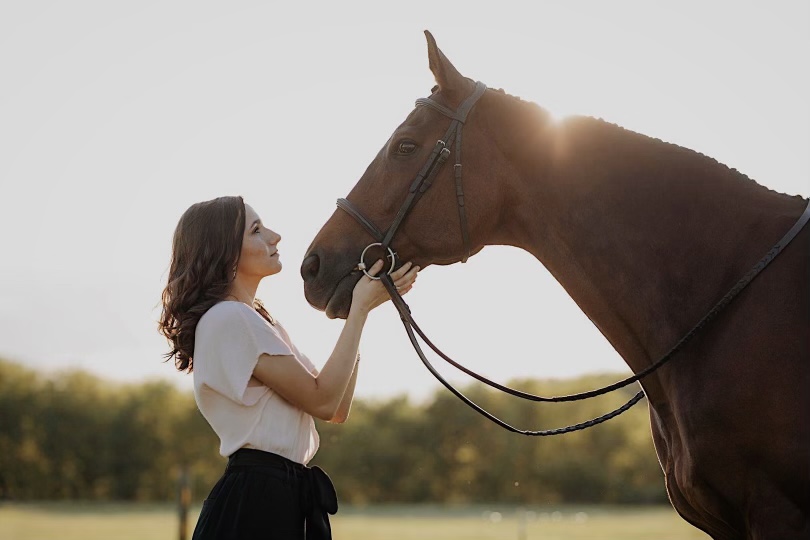 Smith, a first year student, is exploring her passion for equine activities at E&H

Sierra Smith rides into a great equestrian season as women’s sports spring into action at E&H.

Sierra spoke highly, and honestly, of her teammates and their chemistry, saying, “We all get along pretty well and everyone is so welcoming. But with any sport, it has its own set of drama. When you put a bunch of girls together on one team, there’s going to be drama.”

Smith is one of more than sixty freshmen welcomed to the equestrian program for the 2021-22 season, the team being impacted by the campus wide ascension to D2 status in varsity sports like most athletic teams.

One of the greatest shocks since coming to Emory, for Smith, resides within the equine community.

“Coming from Kansas, the horse community here is so much larger than in the midwest. Talking with people who have been in the sport, with the experience they’ve had, is so rare in Kansas but so common on the East coast,” Smith said.

Smith says her biggest improvement area moving forward is what she describes as “the art of finessing.” Essentially, as she continues her career with the equestrian team, Smith strives to make what takes years of practice seem effortless.