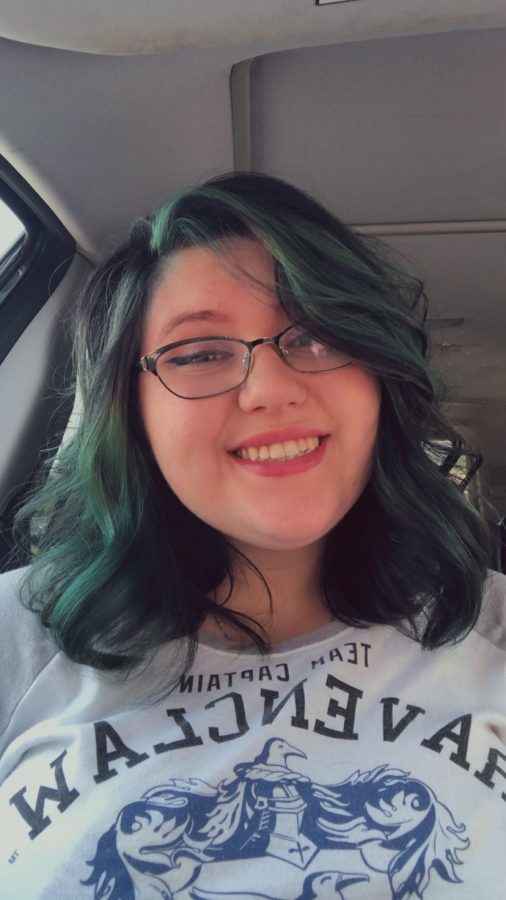 First year theater student Ariel Watts has a passion for theater and stage makeup. Though the small department does not currently offer makeup courses, Watts hopes to find more opportunities to explore the medium at E&H in the future.

Ariel Watts, a first year musical theatre major, is excited to join the E&H theatre program and hopes to see it grow during their time on campus.

Watts loves theater and singing, but they also have a passion for theatre makeup.

“Makeup is kind of like a riddle, a mystery, but also out in the open…that’s what I enjoy about it,” Watts says.

However, Watts has not had the opportunity to do any theatre makeup at E&H thus far.

“The theatre department has been unable to provide a separate class for theatre makeup due to a small department leaving not enough teachers or money to have a cosmetology class,” Watts explained.

While Watts hopes to see a cosmetology class in the future, for now they plan on practicing their skills by being a part of the theatre makeup crew for the next production in the E&H theater department.

Currently, Watts and their classmates are working on the musical “Spring Awakening” that will be performed in October. Watts will be performing in the shadow chorus and as the piano teacher alongside their work on the cosmetology crew. They will also serve as a cover for the adult woman part.

Watts has been doing musical theatre since sixth grade when they were recruited for a production of “Beauty and the Beast, Jr.” They landed the role of Mrs. Potts and “enjoyed it from there.”

“It gives me a chance to do something other than musical theatre, but gives me an opportunity to explore my vocal ranges and styles,” Watts explained.