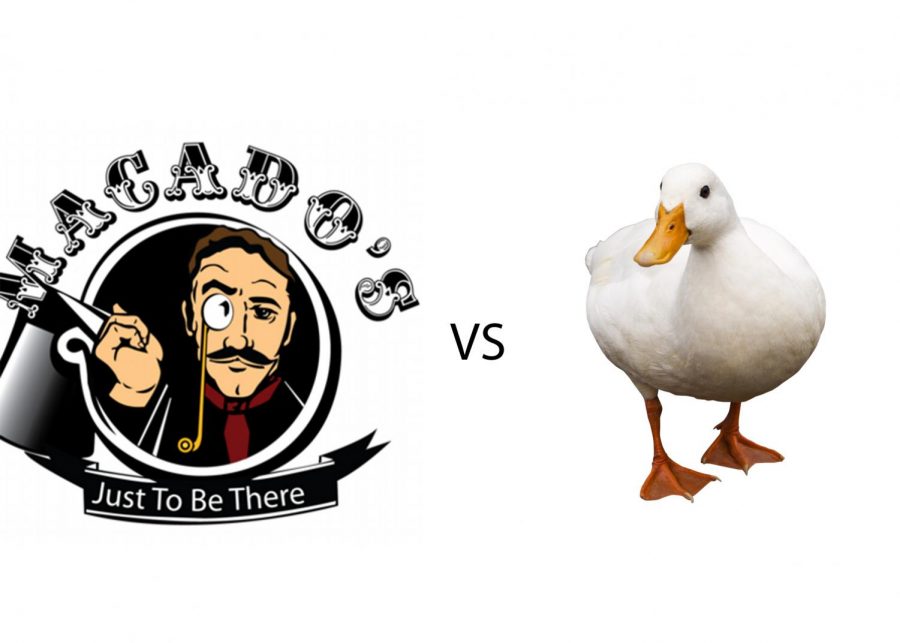 Macado's restaurant to be taken down by a new competitor and its allies, the ducks. Shown here, is Howard the Duck.

A new dining option is coming to the Emory & Henry campus in place of the beloved Macado’s.

Get ready for some good, old-fashion Tex-Mex food, as the famous chain Chili’s will be the newest addition to the campus. Chili’s will overthrow Macado’s, violently.

The takedown will occur on April 20, at 5:00 in the afternoon, led by an ambassador from the Chili’s chain alongside the ducks from the campus duck pond. There will be fire, and there will be fury.

The ducks have sworn an alliance with the Chili’s establishment against Macado’s and the Sodexo cafeteria employees.

“This has been years in the making,” Howard the Duck, general of the Emory & Henry ducks, said.

All students will be forced to choose a side: You must fight with the Caf or fight with Chili’s and the ducks. There is no neutral territory.

Every academic building will be used as a battleground.

The Hut will provide a meal of Cinnamon Toast Crunch Shrimp Tails with bottled water, taken from the pristine duck pond, midway through the battle.

Students will be allowed to use their One Card dollars, like they did at Macado’s, at Chili’s.

For more information, contact Chili’s customer support or the ducks. But, Howard the Duck cautions not to send bread in the message; the ducks are tired of eating it.