Despite Adversity, E&H Football Defeats Ferrum In First Game Back 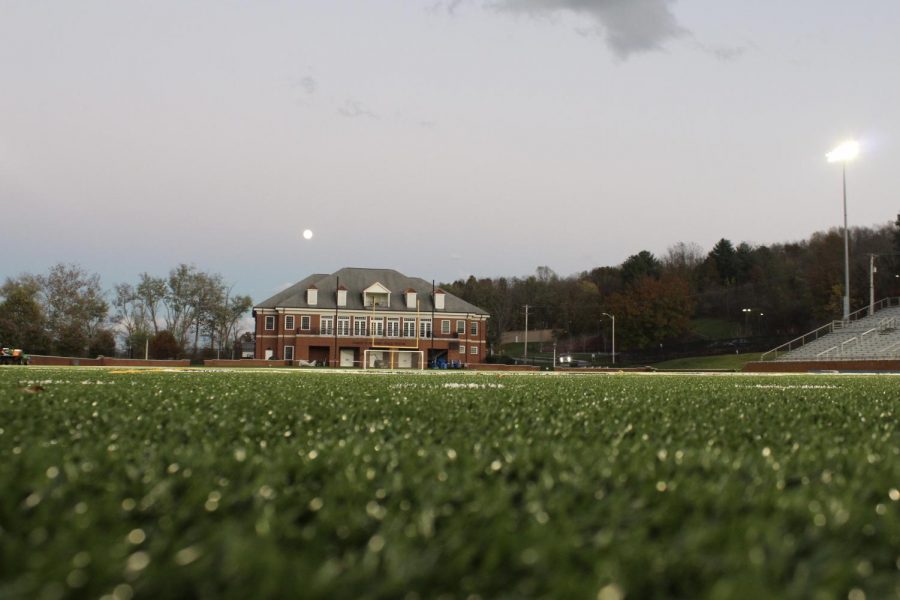 Commencement will be held at Fred Selfe Stadium on Saturday, May 8, at 30% capacity.

This football season is unlike any other due to the change in schedule, unpredictable weather, and lack of fans in a stadium that is normally packed full. However, these barriers didn’t stop the team from putting their best foot forward, shutting out Ferrum College, 17-0 in their first game of the season on Friday, Feb. 26.

“They [the defense] held Ferrum to 0 points and that hasn’t happened for Emory since 2011,” said Parker Coe, an offensive lineman for the team.

This accomplishment comes despite the obstacles this season has presented the team.

“Football is about being in a consistent routine, and there is nothing consistent about the pandemic. The biggest thing is not being able to have team meetings and we have had to shut down practices several times. It has been tough to deal with,” head coach Curt Newsome said.

“Weather has also been a factor we have to deal with,” Newsome continued. “We have had much more inclimate weather at practice.”

Lack of fans at away games is yet another change the team is adjusting to, but it has not discouraged them. “I’m sure our players would much rather have fans, but they just enjoy competing,” Newsome said.

“When we played at Ferrum it was definitely different having no fans on our sideline,” Coe said. “I could feel and hear their fans more so than usual. As far as my outlook on football with the pandemic, I feel very lucky and blessed to play again. College football is not easy as it is, throwing a pandemic and quarantines on top of that makes it harder on us players.”

“I think our passing game needs to improve,” Newsome acknowledges an area his team needs to enhance. However, he was pleased with how clean the team played. “We only had five penalties, which is good for a first game,” he said.

The Wasps will next take the field on Friday, Mar. 5 at 2 p.m. for the first home football game of the season at Fred Selfe Stadium. A limited number of fans will be allowed to attend.