Despite the Loss, E&H Men and Women’s Soccer Remains Hopeful About Season 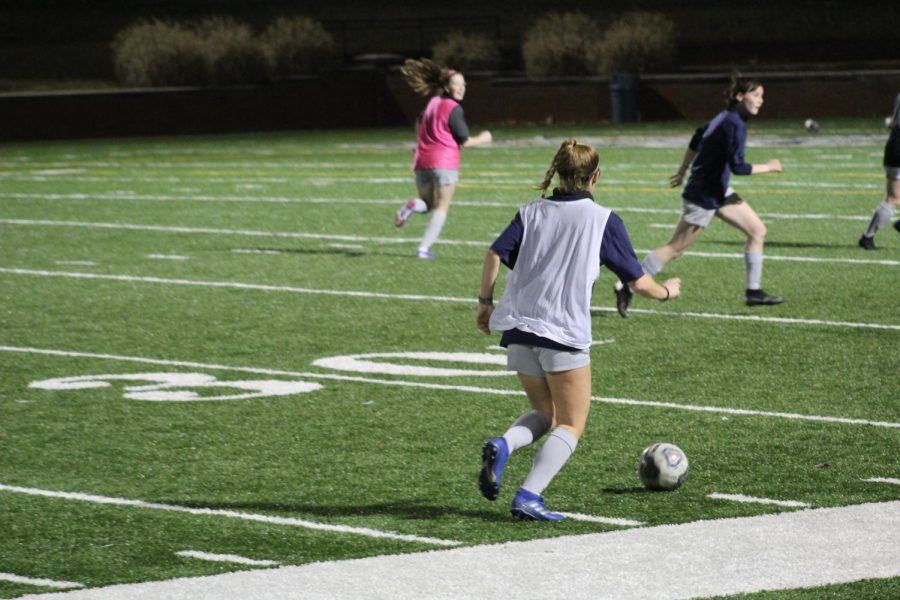 Emory & Henry men’s and women’s soccer teams started their seasons on Feb. 20 after fall sports were delayed due to the ongoing COVID-19 pandemic.
Despite both teams following short, the men’s team losing 8-1 to Roanoke College and the women’s team losing to Lynchburg College 2-0, both teams were relieved that they could finally get back out there.
“It meant the world to compete again. My last competitive soccer game was in October 2019 … so to say we all were ready to get back out is an understatement,” said men’s soccer player, Jackson Kaze.
Carley Walden, a sophomore on the women’s soccer team agreed; “We have been waiting so long for the opportunity to play and it meant the world to me to finally be able to compete again and start getting back to some sort of normal!”
While sports have been given the green light to resume, fans are not allowed at indoor and outdoor sporting events. This has been a constant topic of concern among athletes this season. While the restrictions on fans vary, depending on the school, there are still a lot less faces in the crowd than what the athletes are used to.
“It felt different not having any spectators in the stadium, but I think we will be able to adjust going forward. It is just another thing we have to accept during the difficult times we are all living through. I’m just incredibly grateful we have the opportunity to play and have a season!” Walden shared.
“We actually did have a little audience; Randolph allowed some fans. It was so nice. It makes the game way more fun! Going forward, potentially not having fans is not ideal. I hope that my parents can attend my senior night game,” said Kaze.
Despite not being able to have an audience, the players are hopeful moving forward in their seasons.
“I feel extremely confident in this team. Despite our result this weekend, there is no doubt in my mind that we will improve,” Kaze said.
Walden expressed similar confidence in her team. “I’m very optimistic about our season moving forward. Even in the one game we played, I could see a major improvement compared to last year’s season. I believe we have the potential to continue to improve and make an impact in games that other teams will not expect,” she said.