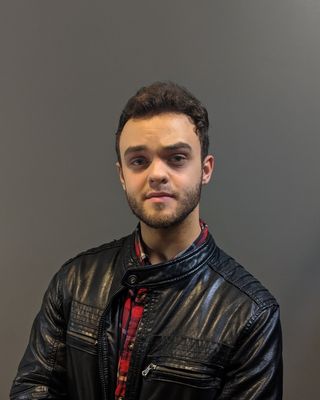 A person might not expect to see hand to hand combat and sword fighting in a senior project, but that’s exactly what they will get when watching the project that David Hopkins has created. Hopkins, a senior at Emory & Henry College, is obtaining a BFA in Acting and presenting a fight cabaret for his senior project.

Hopkins himself is in charge of almost every aspect of the production, not just teaching the actors how to fight.

“I’m writing the script, I’m choreographing the fights, I’m directing the scenes, and I’m doing the training as well. I’ve also got Sean Campos, a member of the Barter Theater, who has been helping me out,” he explained

He says that the performers involved in the show are picking up on the concepts quickly and incredibly well, but he also acknowledges that stage combat is a complicated art form.

“It’s much more akin to dance that it is theater, in my own opinion. Because there’s a lot of well-choreographed moves that have to be executed a certain way, and you have to be really sure you don’t mess up, because you have to look out for your partners.” He said.

Fortunately, the small cast is able to rehearse in person, but they do have to comply with schoolwide guidelines to prevent any potential COVID-19 exposure.

“We mandate the social distancing guidelines, and we make sure we rehearse in a well-ventilated area,” Hopkins said. “We sanitize, we wear masks, we take lysol spray and we clean any of the spaces we perform in.”

Although the semester has just begun, Hopkins has already started putting together the cabaret.

“So far I’ve already taught my five fighters the basics of unarmed stage combat. This weekend, we’re going to move on to knifework, and starting soon we’ll get onto different aspects of swordplay, and hopefully some more fun stuff after that,” he explained.

Staying six feet apart is difficult for other aspects of theater, but Hopkins says that social distancing doesn’t affect some disciplines of stage combat at all

“There are a lot of built in measures in stage combat as it is that already separate you, so we had to lean more into farther away spacing,” he said. “But that issue kind of falls away once we get into swordplay, because when you have people spaced out with two swords in between them, that’s at least eight feet.”

Hopkins hasn’t faced any major problems with his project due to COVID-19. He says that his biggest worry, in terms of the pandemic, is being able to find work after graduating.

“Most theater companies will either be opening a year, or years, from now. So, that is difficult. However, I had already lined up work, so I’m pretty lucky,” he said. “It’s all about adjustment, and that’s part of that business, so it’s nothing that has really shaken me.”

The details of how and when people will be able to view Hopkins’ project are still being ironed out, but it will be available for everyone to watch, either in person or digitally, in late March.