E&H’s Return to Sports in the Covid Era 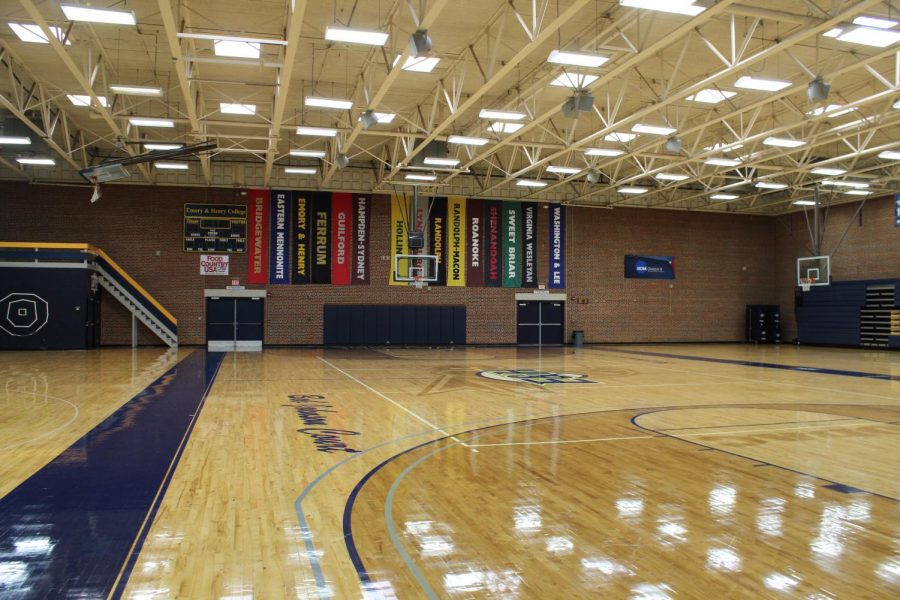 Athletics at Emory and Henry College have finally returned after not being able to have a Fall season due to COVID-19. While athletic competition has resumed, there are precautions put in place to determine a safe season for athletes, coaches, and spectators.

Emory & Henry College athletics will have a condensed, conference-only competition season, with either a road or home match every day of the week. “It’s going to be busy, fun, and unprecedented,” Brent Treash, director of athletic communications, said.

One big change this season is that no spectators or fans are permitted at indoor sports due to the high transmission risk, according to the Athletic Conference Presidents Council. Emory & Henry College Athletics is launching a fan cutout campaign that will allow fans the ability to continue supporting the Wasps without physically being there.

The Department of Athletics will use the fan cutouts at all home competitions for men’s and women’s basketball, wrestling, and volleyball. Fan cutouts are able to be ordered until January 25. The program has gained traction as fans still wish to support their team and realize they cannot do so in person.

“Emory & Henry is known for having some of the best fans in Division III athletics, so we will miss having them in the stands. At the end of the day, we have to make decisions that are best for our student-athletes safety,” Treash stated.

Emory & Henry College athletics department also made major upgrades to stream live video from multiple angles and for an up-close view of the game. Fans can view the free streaming at GoWasps.com, the @GoWasps Facebook page, and the Emory & Henry College Youtube, as all of the sports games will be broadcasted live.

“We’ve already hosted one stream – the inaugural wrestling meet – and we attracted one of the largest crowds in our streaming history, and we’ve heard nothing but rave reviews of the enhanced graphics and multiple camera productions,” Treash said.

Even with the efforts to engage fans that the college is making, the down side to a socially distanced sporting event still shines through for some.

“It’s disappointing to me for the athletes, because they won’t be able to have fans in the stands to cheer them on, which takes away from the atmosphere of the game,” said Melissa Davis, assistant director of athletics for sports performance. “I feel bad for the families and fans who won’t be able to support our teams in person.”

Though their season is unprecedented, student athletes are still looking forward to playing. “We all have dedicated so much of our time and energy to softball and it is something that we enjoy and look forward to,” stated Anna Thomas, a junior softball pitcher at Emory & Henry College.

“This will be my last season playing softball so with all the required COVID-19 protocols it’s definitely not what I am used to,” Cameron Derr, a senior softball pitcher at Emory & Henry College, added. “We must follow them so that we can play out the 2021 season at our best.”

Athletes and coaches at Emory & Henry College are required to wear masks, social distance, sanitize often, and are subject to weekly COVID testing. The high transmission risk groups are tested three times a week by rapid test and medium transmission risk groups are tested at a rate of 25-50% each week by rapid test. to find more information you can go to https://www.gowasps.com/landing/index.